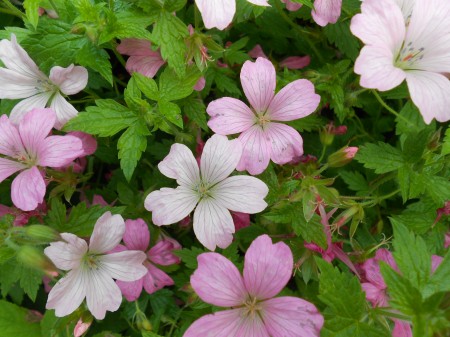 A visit this summer to London has afforded me the opportunity to visit and stay in an oast house.  An oast is a kiln that was designed for the drying of hops as part of the brewing process.  Oasts are generally seen in southern England in the Kent (also known as the garden of England) and the Sussex area.  Oast consist of 2 or 3 stories on which the hops were spread out to dry from the hot air from a wood-fired kiln below.  The drying floors were thin and perforated to allow the heat to pass through and then escape in a cowl on the roof which turned with the wind.  Once the hops were dry they were raked up, bagged and taken to the local brewery.  Hops today are dried industrially and many oast have been converted into dwellings.   This oast house has two oast from the 19th century in the distinct circular form with conical roof topped by the wind driven cowl.  Each oast is 3 stories tall connected to a 2 story rectangle building and situated in a valley next to a creek surrounded by rolling hills, fields of grain and flower gardens. 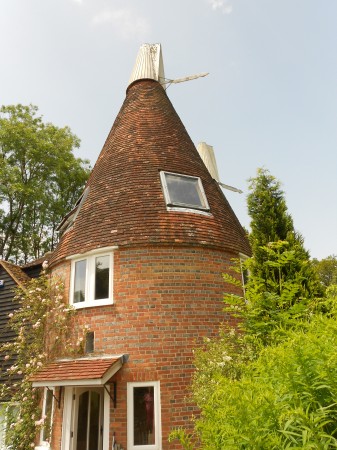 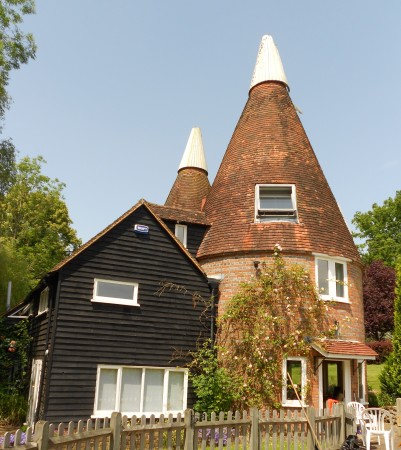