We came for a short getaway holiday over a Nigerian holiday weekend. After an overnight flight we picked up a rental car and traversed rural country roads stopping along the way at Hartbeesboortdam in the village of Broederstroom.  Here we drove across the one lane wide dam built in the1920’s. We then had breakfast at Tan’Malie Se Winkel, a curio shop and restaurant that was founded in 1921.  The shop has some interesting antiques and novelties while specializing in sweets and jams. The proprietor lit fires in the fireplaces to take the chill off the morn and served us a steaming cappuccino and home cooked breakfast.  Afterwards we continued an idyllic drive that took us past sunflower farms and platinum mining operations. 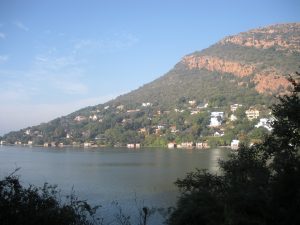 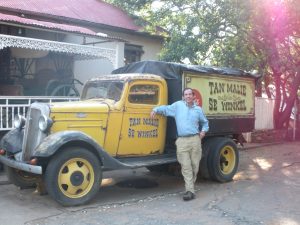 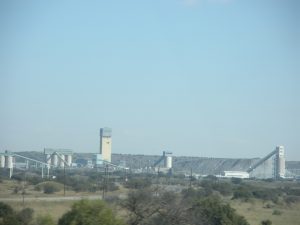 Sun City sits in the northwest province of South Africa approximately 185 Kilometers from Johannesburg.  I’ve heard it called the Las Vegas of Africa.  It is a resort and entertainment complex created by an entrepreneur in 1979 who concocted a myth of a lost civilization.  It consists of four hotels, 2 water parks, an entertainment center, a crocodile sanctuary, gambling casinos and 4 hotels.  However, the crowning jewel is a magnificent resort, The Palace, which is built on the ruins of The Lost City. It is opulent, gargantuan and extravagant beyond imagination.  It is Disney like in that it is exquisitely themed. 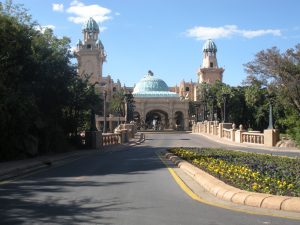 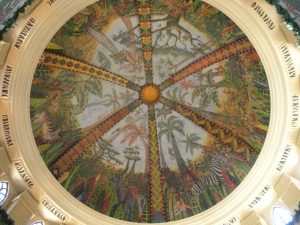 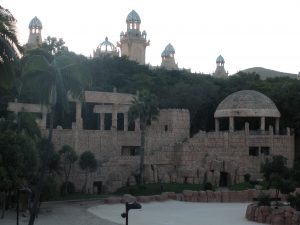 We arrived in Sun City late morning to a beautifully warm sunny day.  The Palace is at the end of the road rising to greet you with fountains and cool breezes.  You are greeted with a refreshing glass of fruit juice. The Palace is just that; a palace decorated with an African wildlife theme and towering ceilings and windows, hand-carved walls,  painted frescos, handcrafted artifacts, chandeliers and fountains.  Our room was on the fourth floor overlooking the pool which had an exquisite tiled bottom.  We chose to lay by the pool, enjoy the sun and have lunch under the cabana after all we are on vacation.  Later we caught a ride to the entertainment center and explored the gardens that connected several of the hotels, ending with dinner at the Fishmonger (mussels, squid and fish).  We relaxed at the end of the day with a complimentary bottle of champagne. 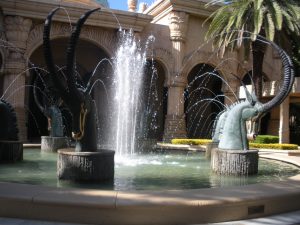 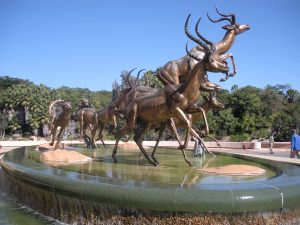 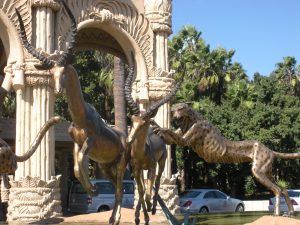 We awoke to the sound of  birds and wildlife.  Breakfast was a feast: mimosas, ham, duck, omelets, waffles, eggs Benedict, cereals, fruits, juices, and assorted other side dishes.  There was no possible way to even taste everything; the spread of food was just amazing.  We spent the day driving in Pilanesberg National Park.  Upon returning to the Palace we were just in time for High Tea.  It brought back memories if the last time we had High Tea.  That was in 1995 (I think) at Waterton National Park in the Prince of Wales Lodge with the boys.  The Tea was traditional with several choices of tea, cucumber sandwiches, crème Brule, scones and jam, fruit tarts, petite fours, and other mouthwatering delights. We took in the premier of the movie Sex in the City 2 followed by appetizers and snacks in the Tusk Bar while listening to a young lady play the piano. 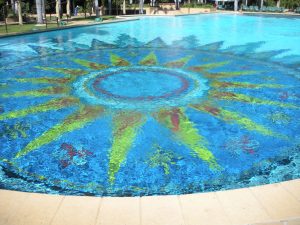 On the return drive every 4 way stop intersection was filled with young hawkers trying to sell you a world cup hat, a south african flag or a snack/beverage.  Everyone had the same attire – a Bafanna Bafanna Jersey.  Even most the restaurants we were in the staff was sporting world cup jerseys of their team…this country is so excited and ready for the world to see South Africa.  The TV commercials, the bill boards and even the road signage is pointing to world cup – there are special signs leading you to the stadiums.  All a five hour flight from Lagos. 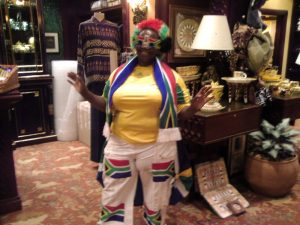