With only 38 days’ notice, we decided to take advantage of an excellent offer from Vantage to visit Russia, a place that has long been our list to explore.  This trip started with flights from the USA to Frankfurt, Germany, and on to St. Petersburg for 5 days in the city and surrounding area.  We stayed at the St. Petersburg Radisson, which was excellently located on Nevsky Prospect in the heart of the city.  Our exploration of the city started with tours of Peter and Paul Fortress where many of the Romanov Family are interred, and where Peter The Great first founded the city in 1703 in response to Finland’s expansionistic hopes.  When the Bolsheviks took over the country in 1917, the city was renamed first Petrograd, and then Leningrad, but its original name was returned at the end of the 20th Century.  We went to the Palace Square and toured the gilded halls, and visited the Church on the Spilled Blood, built on exactly where Tsar Alexander II was murdered by extremist for attempting to abolish serfdom.  Our evening concluded with a ballet presentation of Swan Lake. 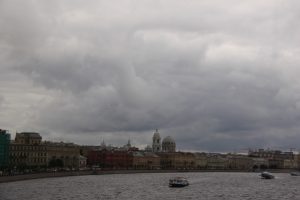 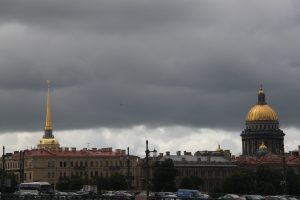 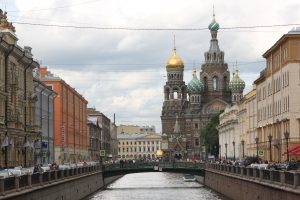 The next days were spent with city and other nearby excursions, and personal exploration of the city by walking.  Key highlights included touring the Hermitage (museum) where fantastic collections began by Catherine The Great include art and historical mementos from the ruling families from over 3 centuries.  We also toured the city via riverboat, as the city might be considered very similar to Amsterdam or Venice as it is situated on a series of islands divided by canals and waterways.  We took in evening shows that included heritage and folk performances and dancing. 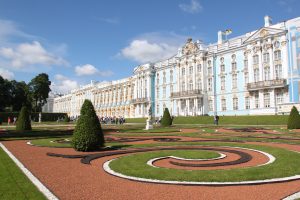 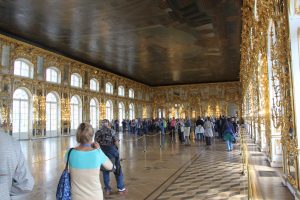 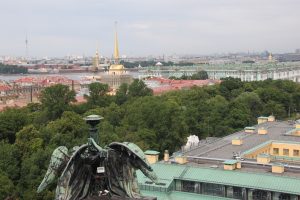 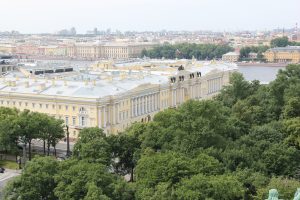 We also took excursions out of the city to Catherine’s Palace in Pushkin and toured its halls and extensive gardens, and to Peterhof Grand Palace and Gardens on the shores of the Baltic Sea.  Both were magnificently restored from the devastation of World War II, and are now all available as National Heritage Museums. 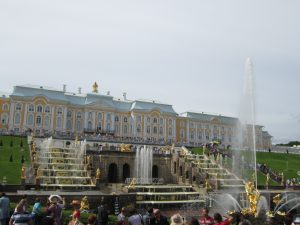 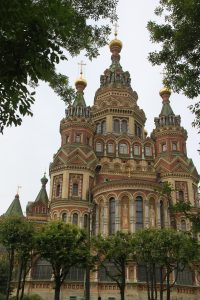