The alarm went off  early this morning as I had just arrived from the USA last night.  Rocky had picked up my runners packet for the 3rd Annual Race for the Cure, a 6 kilometer walk / run to benefit The Susan J Komen Foundation. So it was off to the American International School Lagos (AISL) with over 900 other participants for a 7am race start.  The atmosphere was lively with lots of people milling around greeting friends dressed either their team T‐shirt or the official t-shirt. We were given a warm up by Marisa – quite a sight with everyone bending, stretching and marching in unison!  A big cheer went up at the start, runners at the front, walkers bringing up the rear. A fast pace was set out the gate and down the road onto the Lekki Expressway. The organisation of the event was fantastic with plenty of security and even some music and water along the way to keep those feet moving. As it was a loop the walkers got to see all the runners heading to the finish – cheering them on. On arrival back at the school, we were given yet another souvenier T‐shirt as well as juice and donuts. Next was the entertainment; a Michael Jackson impersonator from Liberia! In the 90 degree heat he sang and danced while people cheered! The presentation of prizes followed. Over Naira 18 million(~$120,000) was raised insupport of breast cancer research and treatment. Shell was well represented with a large team, and contributed a significant amount of money due to efforts here in Lagos and Port Harcourt . 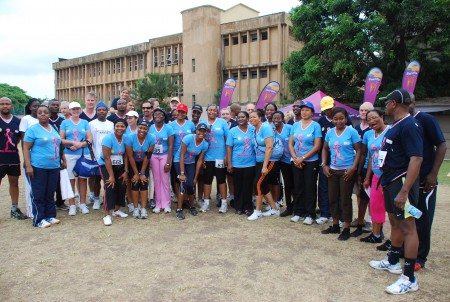 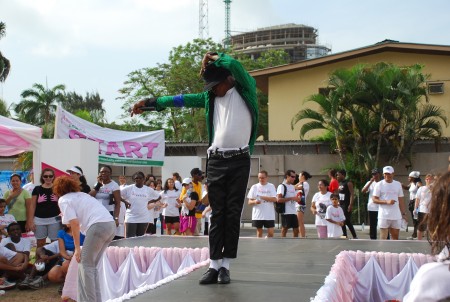 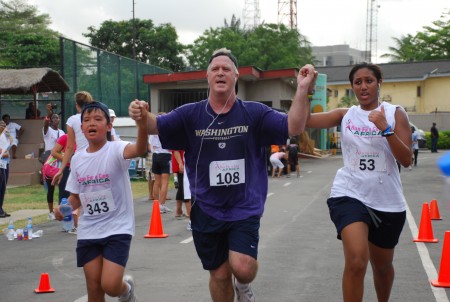 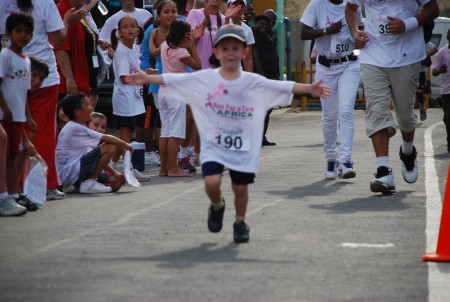 The passion of the race!