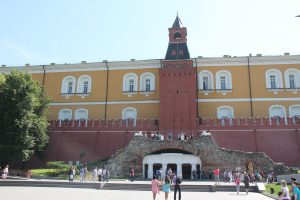 In Moscow, we started off by visiting the Kremlin.  Since the fall of communism in Russia, the Kremlin has been opened to the public giving access to what was unseen for over 70 years.  The Russian word “Kremlin” indicates “walled fortress” and many Russian cities have Kremlins.  The ancient walled Kremlin of Moscow has been the traditional seat of Russian Power since the capital was moved there hundreds of years ago, and it houses the State Armory (actually the country’s oldest museum of royal gifts and items of value and historical significance) and Assumption Cathedral, as well as State Parliament and Government buildings. 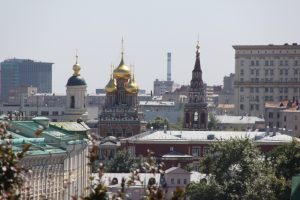 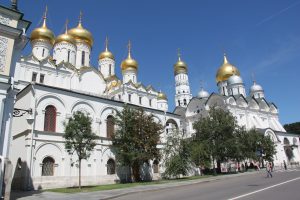 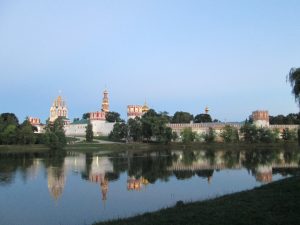 We also toured Moscow at night, including our first visit to Red Square (Red meaning Beautiful), which we could not visit in the day due to a Formula 1 race taking place there.  The Square is lined by the Kremlin to one side backing the Tomb of Lenin, and the huge Gum Shopping Center/store on the other, with St. Basils Cathedral at one end and the Historical Museum at the other.  We also toured the a Nunery, Tretyakov Art Gallery and took the Metro to Arbat Street to explore the local shops.  Our final day there left us free to explore the details of the city at our leisure. 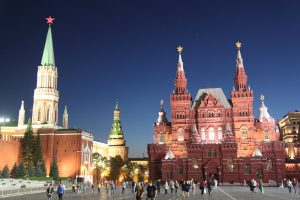 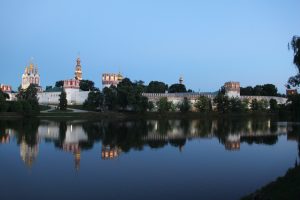 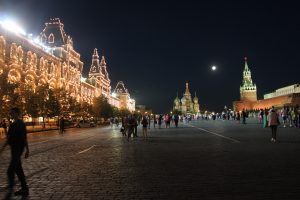 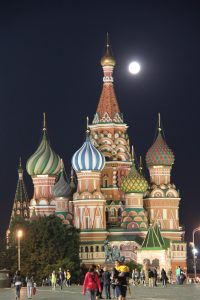 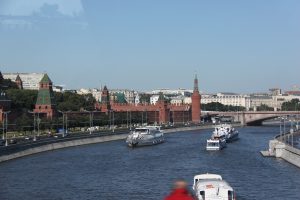 Overall, Russia was as amazing as we had always thought it would be, and we found the people friendly and hard working.  We did note that, although support for the Russian Leaders and Putin was uniformly strong across generations, the acceptance of free-market economics and adaptation to the rapid changes in their culture and economy is much more strongly supported by young people than the older generation who had always had a “safety net” under the Soviet leadership.  The only thing that was clear is that Russia is in for many more changes over its near future.  For our part, we wish them “the best” and very much appreciate what we saw and learned during those two weeks. 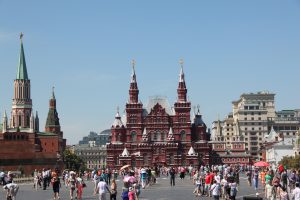