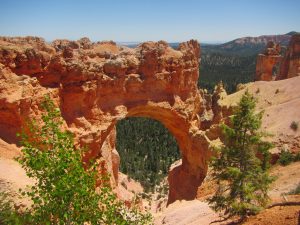 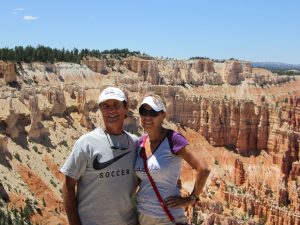 After a great day in Zion Park, we proceeded to Bryce Canyon National Park.  Bryce is characterized by geologic formations referred to as “Hoodoos” – a remnant of ancient beliefs that the vertical rock formations were fossilized ancient people that some form of “voodoo” cast to stone.  The softer rocks are simply “capped” by harder rocks, and the eons of water and wind erosion has made for an unbelievably beautiful set of canyons, which we explored with hikes along trails to the extent that we had the time.  Standing in the shadows of the canyon walls and watching the setting sun’s changing light of the formations provided an ever-changing romantic glow of oranges, reds and yellows. 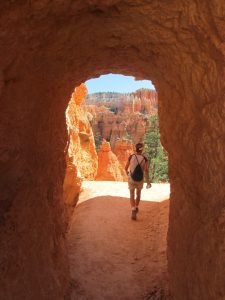 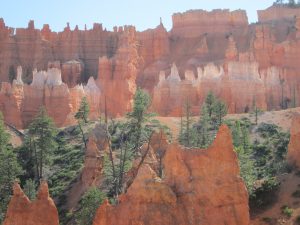 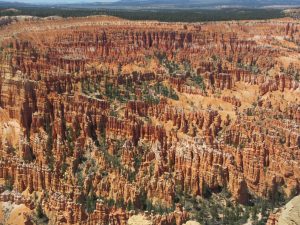