Saturday, April 18th brought us the opportunity to share the day with our son, Michael, and his family and friends, at a nearby Virginia institutional event – The Middleburg Spring Races – a steeplechase event that is a combination of history, horse racing, picnic and social.
It was a great day with fantastic weather, out in the Virginia countryside about 90-minute drive from Washington, D.C. The Spring Race event is a fundraiser that benefits INOVA/Loudoun Hospital, Glenwood Park Trust and Local Charities, and has a fantastic history.
The event was started by Daniel Cox Sands in 1911, and was originally planned for entertainment for the local farmers over whose crops and yards the race took place. It was reported that families came from miles around on every sort of transportation with picnic baskets to watch the spectacle. After a hiatus for World War I, the race was resumed in 1921 under its present format held on the estates of Sands and his neighbor, Hitt. From then, there is a long and colorful history reporting lost horses off course and famous participants, including John F. Kennedy while Jacqueline watched in the stands. Ever since Daniel Sands death in 1963, Trustees oversee the 112.2 acre Glenwood Park, which hosts prestigious hurdle races during each year. 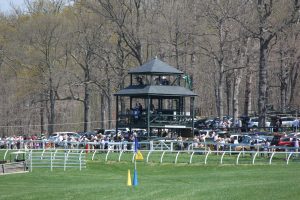 We were lucky enough to be invited by one of our son’s good friends, Cory, who regularly reserves picnic area along the rail before the final turn. With a collection of friends and family, and with food and drinks of all kinds, the social began at 1pm, interspersed with a new race running every ~30 minutes. 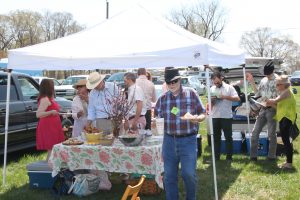 Cory would keep everyone updated on the race’s favorites and odds, and we would ride the roller-coaster of emotion between the thrill of seeing galloping hooves just meters away, followed by the disappointment of having one’s choice not even finish. 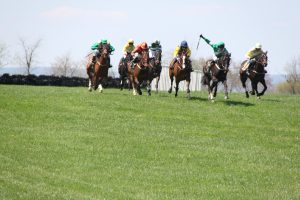 Either way, the people, food, drink and weather could not have been better and we felt incredibly fortunate to have had the opportunity to participate! 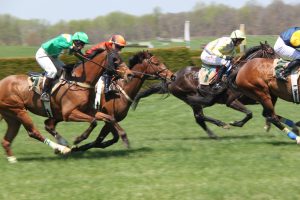